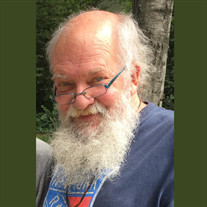 Andrew J. Ryan, 68, of Hastings-on-Hudson passed away peacefully on October 22, 2021, with his family by his side after a two-month battle in the hospital where he fought every minute of every day to recover. Born in Oxford, England, he was the son of the late Andrew T. and Beverly J. (nee Gomez) Ryan. Being the son of an Air Force airmen, Andrew grew up traveling and living in many different places, such as England, Germany, Spain, Colorado, New Jersey and New York. He graduated high school in Wiesbaden, Germany before traveling extensively throughout The United States. Andrew lived in New Orleans for a few years, then in Colorado before moving back to New York. After settling in New York, he took a job with General Motors where he had a 32-year long career. Andrew was still able to travel though, he started in Tarrytown then transferred to Shreveport, Louisiana and then to Boardman, Ohio where he retired with the company. After his retirement, Andrew came back to New York and chose his beloved Hastings-on-Hudson to call home until his passing. Andrew was a born activist and fought hard for what he believed in. He enjoyed having a good political discussion and was not afraid to protest injustice. Andrew’s compassionate and loyal nature led him to participate in Save Darfur, Occupy, BLM, Global Warming, Prison Reform and Seva to name a few. He was also a member of Concerned Families of Westchester in Hastings. Andrew had a wonderful sense of humor and loved to laugh. His bright and generous personality along with his long beard often had him mistaken for Santa Claus. He had an appreciation for music and was an avid Bob Dylan fan. Andrew was also a very open minded and spiritual person. Most importantly, he reveled in the time he was able to spend with his friends and family and treasured them greatly. He will be deeply missed. Andrew is survived by his son Andrew V. Ryan, sister Deborah A. Ryan (husband Edward Holland) and by his niece Rachel Ford (husband Tyler Ford).

Andrew J. Ryan, 68, of Hastings-on-Hudson passed away peacefully on October 22, 2021, with his family by his side after a two-month battle in the hospital where he fought every minute of every day to recover. Born in Oxford, England, he was... View Obituary & Service Information

The family of Andrew J. Ryan created this Life Tributes page to make it easy to share your memories.

Send flowers to the Ryan family.