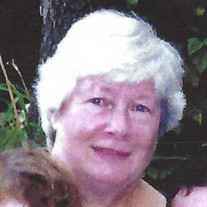 Barbara E. Neff, who lived in Dobbs Ferry for the last 55 years, passed away on January 16, 2022. The cause was complications from Covid pneumonia. She was 80 years old. Barbara was born in Richland Center, a small town in South-Central Wisconsin, to James and Doris Hoskins. Eager to leave for a large city, she went to college in a Chicago suburb, Evanston, Ill, where she met Greg Neff, a law student. She then married Greg when he moved to New York to take a job in a New York law firm. Barbara and Greg were married for more than sixty years, until her death. Barbara was a homemaker, raising three sons, James, William and Nicolas. She raised them with care, and made sure that they had good educations, especially in music. Later, she helped care for her two grandchildren, Zachary and Amanda Neff. All of those offspring, as well as her husband, Greg, survive her, except for William. She also is survived by her sister, Mary Hess, and her husband Arlan, who live in Wisconsin, and their children and grandchildren. Barbara was a devout Christian. At Aldersgate Methodist Church in Dobbs Ferry, she was leader of the Sunday School and one of the leaders of the music program, an important part of the services at the church. Later, she and her family moved to the Dobbs Ferry Lutheran Church, where she continued her work in music, including directing the choir and other musical activities. She also was very active in WELCA, a womens’ group, which raises funds for supporting missionaries and for other church activities, such as raising donations to the Food Pantry in Dobbs Ferry, and other charitable functions. Barbara was a staunch friend, especially to the troubled. She encouraged prayer, patience and devotion and helped them through the worst of their crises. Many organizations, such as the Wounded Warriors, Native American and educational groups, have Barbara to thank for a steady, year-by-year stream gifts to support their causes. Late in her life, she grew nostalgic for her original small-town home in Wisconsin, but stayed to finish her good life that we all have enjoyed. She will be missed.

Barbara E. Neff, who lived in Dobbs Ferry for the last 55 years, passed away on January 16, 2022. The cause was complications from Covid pneumonia. She was 80 years old. Barbara was born in Richland Center, a small town in South-Central... View Obituary & Service Information

The family of Barbara E. Neff created this Life Tributes page to make it easy to share your memories.

Barbara E. Neff, who lived in Dobbs Ferry for the last 55 years,...