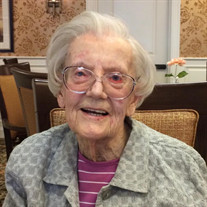 Beverly Pertsch Smith died peacefully on June 28, 2020 in Norwalk CT Hospital after a short illness. She was 91 years old and a resident of BrightView On New Canaan at the time of her death. Prior to that, she lived in Hastings-on-Hudson, NY to be close to her beloved children and grandchildren. Beverly was born on Halloween in New York City, the younger daughter of Mr. and Mrs. Arthur J. Pertsch of Scarsdale, NY. She graduated from Scarsdale High School in 1946, where she developed a close group of lifelong friends and met her husband of 60 years Quentin I. Smith, Jr., who predeceased her. Beverly graduated from Hood College with a degree in Childhood Education in 1950 and married Quentin in June 1951. Beverly’s first job at NY’s Little Red Lighthouse School for the Blind initiated a lifelong commitment to helping children with disabilities. She enjoyed tennis, golf, gardening and was an avid fan of both the Boston Red Sox and the New England Patriots. She was admired for her sense of humor, love of people and ability to enjoy all stages of life. Beyond Scarsdale, other special places in her life included East Orleans, MA, Sanibel Island, FL, New Canaan, CT and the Shenorock Shore Club in Rye, NY where she was a member for 65 years. Beverly is survived by her sister, Valerie Bartholomew of Fort Meyers, FL and her three children and their spouses: Jeffrey Q Smith & wife Marie of Purchase, NY, Lance A Smith & wife Sally Luce of Sarasota, FL and Karen S Salinaro & husband Richard of Charleston, SC. She is also survived by seven grandchildren: Richard, Mark & Julia Salinaro, Nolan Smith & Nat Claridge, Kimberly & Matthew Smith, all of whom mourn the loss of their beloved family matriarch. She was also a great grandmother to Graham Salinaro. Beverly will be buried at Ferncliff Cemetery in Hartsdale, NY following a private family ceremony. In lieu of flowers, Beverly suggested gifts in her memory to Dana Farber Cancer Institute - P.O. Box 849168, Boston, MA (or via www.jimmyfund.org/gift ) or to Special Olympics at 1133 19th St NW, Washington, D.C. 20036 or @ www.specialolympics.org.

Beverly Pertsch Smith died peacefully on June 28, 2020 in Norwalk CT Hospital after a short illness. She was 91 years old and a resident of BrightView On New Canaan at the time of her death. Prior to that, she lived in Hastings-on-Hudson,... View Obituary & Service Information

The family of Beverly Pertsch Smith created this Life Tributes page to make it easy to share your memories.