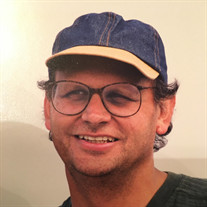 Bruce Allan Platt,72, died on Monday, April 13, 2020 from complications of Covid19. Bruce was born on September 7, 1947 in Harlingen, Texas to John Eugene Platt and Dorothy Caroline Rodenbeck Platt. He grew up in Alexandria, Virginia and graduated in February 1970 from the University of Virginia. While attending UVA he was a member of the Naval ROTC unit and after graduation attended Naval Officer Flight Training School in Pensacola, Florida. He served until a back injury forced him to leave the Navy. Bruce was an avid bridge player and met his wife, Linda Jo, at the UVA Bridge Club in Cabell Hall in 1967. Competing for UVA in the 1970 Charles Goren Intercollegiate National Bridge Championship he and his partner came in first overall, a great source of pride. He became an ACBL Life Master in 1972 continuing his love of the game throughout his lifetime always striving to make his wife a better bridge player. If you asked him his favorite place in the world he would straight forward tell you – the family cottage porch overlooking Lake Huron and Mackinac Island and riding the ferries for 70 Michigan summers with some part of his family in tow and where he and Linda Jo were married. Wherever he traveled a ferry had to be on the family itinerary no matter how far out of the way it took him or us. In the fall of 1970 he joined his brother Grant in NYC at the fledging advertising data company, Donovan Data Systems now Mediaocean. He worked as a programmer and systems analyst until retiring in 2015 after 45 years watching computer systems grow from punch cards to digital online. Bruce moved to Dobbs Ferry with his family in 1973. He served on the boards of Session and Deacons for South Presbyterian Church, as Treasurer, and for decades as the South Church attic sale second-in- command, and picnic master of games. He was the Treasurer for the Dobbs Ferry Historical Society, a Revolutionary and Civil Wars buff, an enthusiastic tennis player, golfer, AYSO soccer coach, Cub Scout leader, and Community Nursery School bunny feeder. He is survived by his beloved wife, Linda Jo, his loving children, Jennifer Ostrosky (Dan) and Jonathan Platt (Kasia), his adored grandchildren, Harrison and Jocelyn Ostrosky, Miranda and Selina Platt; brothers Mark Platt (Angela), Jay Platt (Marilyn); sisters in law: Alice W. Platt, Suzanne Krutz (Ray), Ginette Tascarella, nieces and nephews: Jeremy and Owen Platt, Andrew and Amanda Platt, Michael Hixson, Rebecca Mitchell, and Jaclyn Hall. His brother Grant predeceased him as did his parents. A memorial service will take place sometime in the future when we can gather together to celebrate our good fortune for having him in our lives. In lieu of flowers donations may be made to South Presbyterian Church (southpres.org), Dobbs Ferry Historical Society([email protected]) or another charity of your choice.

Bruce Allan Platt,72, died on Monday, April 13, 2020 from complications of Covid19. Bruce was born on September 7, 1947 in Harlingen, Texas to John Eugene Platt and Dorothy Caroline Rodenbeck Platt. He grew up in Alexandria, Virginia and graduated... View Obituary & Service Information

The family of Bruce Allan Platt created this Life Tributes page to make it easy to share your memories.

Send flowers to the Platt family.