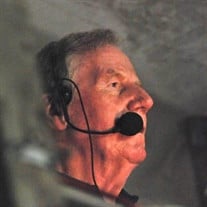 David Wyllie Shovlin, better known to all of us as "Scotty", was born in Irvine, Scotland on June 13, 1936. After high school Scotty attended military officer's school in Glasgow. In 1960, at the young age of 24, Scotty immigrated to the United States by himself. His last name Shovlin was misspelled 'Shevlin' on his immigration paperwork. Scotty decided that it was too much work to correct it back to Shovlin, so he left it as Shevlin. In March of 1961 Scotty enlisted in the U.S. Army. He was deployed to Vietnam and served one tour there as a medic. Upon returning from active duty he joined the reserves, the 101 Signal Battalion in Yonkers. Scotty settled in Yonkers where he resided in the same apartment for more than 50 years. Scotty graduated from Adelphi University with a Master's degree in Education, majoring in Physical Education. Scotty's Dobbs Ferry legacy commenced when he began substituting as a physical education teacher and coaching soccer at Dobbs Ferry High School. Soon after, he began announcing football games which he continued to do for the next 47 years. He became known as "The Voice of Dobbs Ferry Football". Some may remember Scotty as a "Bouncer" at the Ferry Inn in the 1970's. He was a Big, strong dude in his hay day. Scotty eventually became employed by the City of Rye in building maintenance until his retirement in 2006. It wasn't long after that Scotty realized he wasn't ready to fully retire and he took a part time job at the Dobbs Ferry Library as a custodian. In his spare time, Scotty served as President of the New York Shamrocks for more than 20 years, he was a member of American Legion Post 1048, The Tophatters Club, The Embassy Club and the infamous SMAC Club. Scotty was also a devoted parishioner of Our Lady of Pompeii Church. In 2012, Scotty's health began to decline, he retired and moved to his beloved Dobbs Ferry. After much coaxing, he became actively involved in the Dobbs Ferry Senior Citizen program where he made so many good friends and truly thrived. When the Embassy Community Center closed and the Senior lunch program moved to Fireman's Hall, Scotty could be found each morning sitting in "HIS" chair on Main Street in front of Hi-Smiley reading his papers, sipping his coffee and "'holding court" with his cronies before having daily lunch with his senior friends and riding the bus home. More than anything, Scotty loved socialization. He enjoyed talking to everybody, especially kids. He was genuinely interested in all of his conversations. Scotty's memory was nothing less than incredible. His unique nicknames for people, one liners and key phrases will live on forever. Boss, Bride, Las, Lad, Shite, I know the family VERY well, A nice lad-not a bright lad and on and on... Dobbs Ferry has lost a truly special person...a gentleman, a friend, a comedian, an icon...A LEGEND. Scotty is survived by a brother, Albert Shovlin, of Scotland, his Special Friends Betsy Gelardi and Gary Gardner, as well as many (too many to mention by name) good friends in this wonderful Village. In lieu of flowers, memorial contributions may be made to the Dobbs Ferry American Legion Post 1048, PO Box 76, Dobbs Ferry, NY 10522 or to the Dobbs Ferry Senior Citizen Program, 112 Main Street, Dobbs Ferry, NY 10522.

David Wyllie Shovlin, better known to all of us as "Scotty", was born in Irvine, Scotland on June 13, 1936. After high school Scotty attended military officer's school in Glasgow. In 1960, at the young age of 24, Scotty immigrated to the... View Obituary & Service Information

The family of David " Scotty " Shevlin created this Life Tributes page to make it easy to share your memories.

David Wyllie Shovlin, better known to all of us as &quot;Scotty&quot;,...