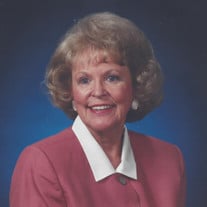 Diane Horend Honzak, 92, currently of Tarrytown passed away on March 9, 2022. Diane was born on January 16, 1930 to Charles W. and Marjorie (Taylor) Horend in Dobbs Ferry, NY. She was educated in the Ardsley, NY school district and graduated in 1948. She attended the Westchester School of Nursing and received her RN in 1951. She married Walter W. Vogt, MD in June 1951, subsequently raising four sons. Following a divorce, Diane returned to nursing at Phelps Memorial Hospital from 1968 to 1972. In 1968 she married David S. Colin and settled in Irvington, NY for 22 years. After his death in 1990, she married Carl M. Honzak in 1998, living in Briarcliff Manor and Tarrytown NY. Diane and Carl enjoyed 23 years of culture, family and friends until his passing in 2021. She was a gourmet cook who loved to entertain and lived her life as a caring, generous and engaging individual. A past President and life member of the Dobbs Ferry Garden Club, Diane was also a faithful and long-time member of the Irvington Presbyterian Church, serving as Deacon, President of the Women’s Organization and active member on the committee for the church’s annual fundraising event. Grandmother of 11, great grandmother of 15, she leaves three of her sons: James (Anne-Marie), Gregory (Rosemary) and Jeffrey Vogt. She is also survived by her brother - James Litchfield Horend (Jean), her beloved grandchildren and great grandchildren as well as her dear nieces and nephews. Her sister Barbara Kelly and her eldest son Douglas predeceased her. In lieu of flowers, memorial contributions may be made in Diane’s name to Doctors Without Borders USA PO Box 5030, Hagerstown, MD 21741-5030. Memorial service will be held on Saturday, April 9, 2022 at 11:00AM at the Irvington Presbyterian Church, Irvington, NY.

Diane Horend Honzak, 92, currently of Tarrytown passed away on March 9, 2022. Diane was born on January 16, 1930 to Charles W. and Marjorie (Taylor) Horend in Dobbs Ferry, NY. She was educated in the Ardsley, NY school district and graduated... View Obituary & Service Information

The family of Diane Horend Honzak created this Life Tributes page to make it easy to share your memories.