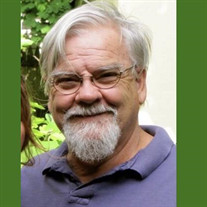 Dr. William Martin Czander was born in Jersey City, NJ on January 26th 1943. He was the second child of the late Walter Czander and Ruth Alice Fuchs. He was raised in Jersey City with his two brothers, Walter Czander Jr. of Seabrook, SC and the late Lawrence Czander of Bayonne, NJ. William went to at WM.L Dickinson High School. He then graduated from Fairleigh Dickinson (which he characterized as “Fairly Ridiculous”) College. He went on to earn another undergraduate degree, graduating Phi Beta Kappa from the City College of New York. As an undergraduate, he drove a NYC Taxi Cab and worked in a foundry to pay for his education. He was an active member of the student body, involved in multiple demonstrations and strikes. He received his PhD from New York University and received postdoctoral training at both the Institute for Social and Policy Studies at Yale University and the Psychoanalytic Institute of the Postgraduate Center for Mental Health in New York City. His first job after his postsecondary education was as a professor at Antioch University. He quickly moved to various professorships at Yale and Amherst College, and ultimately became a Professor of Organizational Psychology at Manhattan College. As a member of the Psychoanalytic Institute of the Postgraduate Center, he served on the faculty in the School of Business at Manhattan College in Riverdale, NY since 1981. He has taught in MBA programs for over 35 years and is a member of a unique group of scholars and practitioners called “organizational psychoanalysts.” He has consulted to organizations and treated executives since 1980. William published his first book, “The Psychodynamics of Work and Organization”. In 2002, he left full-time teaching to join Home Depot and, in his own words, “spent almost four years observing a CEO destroy a once proud corporate culture.” This experience inspired his 2012 book, “The Death of the American Corporation.” His favorite pastimes included yelling at the Yankees, trips to Stop & Shop (“Stop & Shit,” in his colloquial language), buying his wife Murano Glassware on eBay, and forcing his daughters to accompany him to every garage sale within a five-mile radius. He was a connoisseur of Gordo’s chicken wings and cheap scotch. His favorite place to spend time was by the beach, particularly Seaside Heights, NJ, in its pre-Snooki days, and in his Chair™ “analyzing” his daughters’ boyfriends. He encouraged his daughters to work hard, have empathy, be vulnerable, and to find the humor in any situation especially within oneself. In his later years he continued to be a bleeding heart liberal, teach classes online, read the New York Times daily, exercise at the local Jewish Community Center where he rode the elliptical for a total of 5 minutes a week, and continued to buy his wife fresh flowers weekly until the day he passed. He was the loving grandfather to Emma Murray (8), Nate Murray (6), Marcus McGovern (1), and beloved father to Dr. Alicia Murray (née Alicia Howell-Czander), Eliza Czander, Sylvia Czander, and Anika Czander. He was the proud husband of Dr. Giovanna Czander, whom he felt was his soulmate. He will be forever missed and loved. There will be a memorial wake at Edwards-Dowdle Funeral Home 64 Ashford Avenue, Dobbs Ferry, NY on October 12th from 3:00pm - 6:00pm and a memorial mass at Sacred Heart Church 417 Broadway, Dobbs Ferry on Monday Oct 14th at 11:00am. In lieu of flowers, memorial contributions, may be made to The Franciscan Sisters of the Poor https://franciscanfoundation.ejoinme.org/MyPages/DonationPage/tabid/57865/Default.aspx Visit http://www.franciscanfoundation.org/senegal.html to find out more about the Franciscan Sisters' of the Poor mission in Senegal This is a celebration of his life, no need to wear black, colors are encouraged.

Dr. William Martin Czander was born in Jersey City, NJ on January 26th 1943. He was the second child of the late Walter Czander and Ruth Alice Fuchs. He was raised in Jersey City with his two brothers, Walter Czander Jr. of Seabrook, SC and... View Obituary & Service Information

The family of Dr. William M. Czander created this Life Tributes page to make it easy to share your memories.