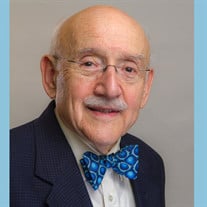 Edward Sheldon Plotkin passed away on April 21st 2022 in Silver Spring, Maryland at the age of 89. Ed, as he was commonly known, was born on October 11, 1932 in the Bronx to his parents Samuel and Anna. Ed lived most of his adult life in Dobbs Ferry, New York. Ed was married to Frances Plotkin for the last 30 years, after his wife and mother of his children, Pearlene Plotkin, passed away. Ed obtained his Bachelor of Civil Engineering in 1953 from CCNY. After serving in the US Army from 1954 to 1956 he earned his Master of Civil Engineering in 1958 from CCNY, and in 1966 an M.B.A. in Engineering Management from the CUNY Baruch School of Business. He was awarded an Honorary Doctor of Science in 2019 from CCNY for his engineering contributions to the City of New York. Ed has been a recipient of many honors, including Construction Engineer of the Year in 1986; the Engineer of the Year Award in 1991 by the NSPE Westchester Section; and the Engineer of the Year Award by the Municipal Engineers of the City of New York in 1998. The Underground Construction Association of the Society of Mining Engineers awarded Ed the 2010 Lifetime Achievement Award. CCNY awarded Ed with the Alumni Association Service Award. He was further honored in 2011 by City College with the Townsend Harris Medal which recognizes excellence in post-graduate achievement. Ed worked in many facets of heavy construction and tunneling. Employed with a heavy construction contractor, he was Vice President of the tunneling firm Maclean Grove, where he was Project Manager for the 63rd Street Cross-town Subway section near Central Park in New York City; two cavern stations on the Washington, D.C. Metro; a station cavern on the Boston subway; and completion of a section of the 13 miles of the New York City Department of Environmental Protection City Water Tunnel No. 3 between the Yonkers reservoir and the Queens connecting shaft passing under three New York City boroughs and two rivers. As a designer, he was Assistant Director with engineering Consultant firm DeLeuw Cather (now Parsons Transportation) for the 1970s plans for the 2nd Avenue Subway, and was later a Consultant with the design team for the present 2nd Avenue Subway project. He served as Co-Chair, NYSSPE Task Force, Tappan Zee Bridge replacement study, from 2002 to 2012. In government, he was Westchester County’s Commissioner of Public Works for four years in the 1990s and was the Chair of the Planning Board in the Village of Dobbs Ferry for 50 years, actively reviewing, planning, and approving land development and conservation projects. Ed was still actively consulting on constructability issues, peer review, mediation and Dispute Board Reviews. Ed was a Professional Engineer registered in New York, New Jersey, Connecticut, Washington, D.C., and Massachusetts. He was a member of many professional organizations, including: the Municipal Engineers of the City of New York and the New York State Society of Professional Engineers (NYSSPE, Westchester Chapter), both of which he served as President; the American Society of Civil Engineers (ASCE), of which he was a Fellow (he served as a Director of the Metropolitan Section and Chair of the Geotechnical Group); Director in the Westchester Municipal Planning Federation; a member and past Trustee of The Moles, a heavy construction organization; Ed was also affiliated with the Society of Mining Engineers—Underground Construction Association; the International Tunneling Association, where he served as their UN NGO representative; the Society of American Military Engineers; and the New York State Highway Superintendents Association (President's Committee). He was Chair of the Westchester County Professional Prequalification Board appointed by the County Executive and approved by the County Board of Legislators. In academia, Ed, as an Adjunct Professor, taught physics at Manhattan College and environmental science at Mercy College. Ed has lectured on public works and urban construction at Pace University, NYU Real Estate School and University of Detroit. He is a past president of the CCNY Engineering School Alumni Board, and was an active member of the Civil Engineering Advisory Group (CEAG) of the CCNY Alumni, which organizes professional forums and field trips to construction sites for current students. For 12 years, he also taught environmental science college courses to incarcerated men and women at the NYS Sing Sing and Bedford Correctional Facilities in Westchester. Ed is survived by his wife, Frances Plotkin, his brother Herman Plotkin, his children Robert Plotkin (Lisa Olsson), David Plotkin, step-children Terri Rosenblatt and Bernie Rosenblatt (Jean) and his grandchildren Emily Plotkin (Robert and Lisa) and Ian Lopez (Lisa) and step-grandchildren Megan Rosenblatt and Mathew Rosenblatt (Bernie and Jean). Ed was predeceased by his first wife Pearlene Plotkin and his eldest brother Maurice Plotkin. Gathering will take place on Tuesday, April 26, 2022 from 10:30am to 12:00pm at Edwards-Dowdle Funeral Home, 64 Ashford Ave, Dobbs Ferry. Funeral Service will begin at 12:00PM on Tuesday, April 26, 2022 at Edwards-Dowdle Funeral Home, 64 Ashford Ave, Dobbs Ferry, NY. Following the service and burial on Tuesday, April 26, 2022, Shiva will be held at Robert and Lisa's home from about 3:30 through the evening. Shiva will continue at Robert and Lisa's home on Wednesday, April 27, 2022 from 2:00pm through the evening. Zoom Broadcast Information: Edwards Dowdle is inviting you to a scheduled Zoom meeting. Topic: Edward Sheldon Plotkin - Funeral Service Time: Apr 26, 2022 12:00 PM Eastern Time (US and Canada) Join Zoom Meeting https://us02web.zoom.us/j/81915642505 Meeting ID: 819 1564 2505 Please text or WhatsApp message Will Jacobson: (914) 357-3332 if you are having any issues with Zoom. If you are interested in making a donation (100% tax deductible) to the Frances M. & Edward S. Plotkin, PE Scholarship Fund held at the Alumni Association of The City College of New York, please: 1) Click: https://www.ccnyalumni.org/donate 2) Select from the drop down menu: “Memorial & Tribute Gifts” 3) When filling out the online form be sure to note in the MEMO field: “Donation to the Frances M. and Edward S. Plotkin Scholarship Fund" Alternatively, if mailing a check (made out to the Alumni Association of CCNY), donations may also be mailed to: The Alumni Association of CCNY PO Box 177 New York, NY 10027 Check Memo field: "Frances M and Edward S Plotkin Scholarship Fund"

Edward Sheldon Plotkin passed away on April 21st 2022 in Silver Spring, Maryland at the age of 89. Ed, as he was commonly known, was born on October 11, 1932 in the Bronx to his parents Samuel and Anna. Ed lived most of his adult life in Dobbs... View Obituary & Service Information

The family of Edward Sheldon Plotkin created this Life Tributes page to make it easy to share your memories.

Edward Sheldon Plotkin passed away on April 21st 2022 in Silver...