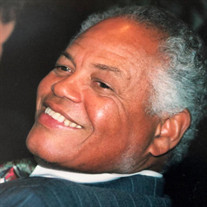 Ardsley — Esteban Silvera (“Steve”), 84, died Friday, August 14, 2020 in his home following a courageous battle with cancer. He leaves his beloved wife of 27 years, Elizabeth T. Strasser; his children Lisa Silvera; Kim Silvera; David F. Ryan (Mary A. Doyle); and Deirdre A. Ryan (Warren K. Costikyan); seven grandchildren; two great grandchildren, close relatives in Panama and the United States, and many dear friends. Steve was predeceased by his son Ricky Silvera. Born and raised on the outskirts of Panama City, he immigrated to the United States at the age of 18. A champion jockey in Panama, he exercised horses at Belmont Park, Arlington Park, and Saratoga racetracks to earn the money to study at the City College of New York. He graduated from CCNY in 1964 with a Bachelor of Science in Chemical Engineering and went on to get his Master’s in Chemical Engineering from New York University in 1971. He had a long and successful career as a Chemical Engineer and Project Manager for Bechtel Corporation, Stauffer Chemical Company, Akzo Chemicals, and Universal Oil Products. Steve was an accomplished runner and a member of the Westchester Road Runners club. He finished over ten marathons including the NY Marathon, the Boston Marathon, and the Long Island Marathon. Steve was also an avid golfer and a proud member of the NYNEX golf league of Beekman Country Club in Hopewell Junction. He was often seen playing golf with his wife on many of Westchester County’s public courses and in Hilton Head, SC. Steve and his wife travelled extensively visiting six continents. His favorite places included Croatia, Costa Rica, Germany, the Galapagos, the Amazon, Africa, Easter Island, Patagonia, Nepal, Bhutan, Sicily, Australia, and New Zealand. In addition to running, golf, and travel, his love of horses continued throughout his life. Steve was an incredibly compassionate and caring person who always had a smile for everyone. He was a gentleman and a gentle man who will be greatly missed by all who loved him. A memorial service will be held at a later date at the Union Church of Pocantico Hills where Steve was an active member. In lieu of flowers, please consider a donation to either Calvary Hospital Hospice or Wounded Warrior Project charities.

The family of Esteban “Steve” Silvera created this Life Tributes page to make it easy to share your memories.