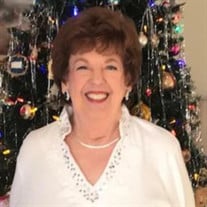 Estelle Delores Zatkovich, 84, of Dobbs Ferry passed away on February 1, 2022 in her beloved retirement state of North Carolina. Born in Yonkers to the late Helen and Salvatore Carelli on April 17, 1937 and was a graduate of The Dobbs Ferry High School. She married the love of her life, Joseph Zatkovich Jr on May 11, 1957 at Our Lady of Pompeii Church. They lived, loved and raised their family in Dobbs Ferry until their move to Calabash NC in 2006. Estelle started her career working for American Oil in 1957 but became a stay at home mom until she and her husband Joe in 1962 purchased a store/deli on Main St in Dobbs Ferry and aptly named it Joe’s Market. They operated the business for 8 years. In 1971, she worked for the Office of the Mayor in White Plains as Assistant to the Executive Secretary until 1973. She transferred to the Office of Emergency Management as head of the Microfilming Dept. In August of 1980, Estelle was offered the position of Community Service Aide for the City of White Plains. Working in these different positions over the years, Estelle developed the taste for politics. In 1982 she ran for Dobbs Ferry Trustee but lost by only 2%. Although she never held any official office, she continued to be engrossed with the daily workings of our government. In 1991, Estelle was appointed by the Mayor of White Plains, as Service Officer for the City of White Plains where she focused on the needs of Senior Citizens. She held this position until her retirement in December 1996. Estelle was known for her red hair, raspy voice, love of family and country. Estelle created crazy fun times at Bowling Tournaments with her NY friends. She loved gambling with her dear friends, playing bingo, and playing King’s Row with her friends in NC. She is survived by her children, Debra Kultzow, Joseph Zatkovich II and Richard Zatkovich, 6 grandchildren, 1 great grandson, and her brother Robert Casino. Estelle was predeceased by her husband Joseph and by her brother Robert R. Carelli. Visitation will be held at the Edwards-Dowdle Funeral Home, Dobbs Ferry on Thursday, February 10, 4-8pm. A Mass of Christian Burial will be held on Friday, February 11 at 10:00 at Our Lady of Pompeii Church, Dobbs Ferry. In lieu of flowers, the family request memorials be made to the Tunnel to Towers Organization

Estelle Delores Zatkovich, 84, of Dobbs Ferry passed away on February 1, 2022 in her beloved retirement state of North Carolina. Born in Yonkers to the late Helen and Salvatore Carelli on April 17, 1937 and was a graduate of The Dobbs Ferry... View Obituary & Service Information

The family of Estelle Delores Zatkovich created this Life Tributes page to make it easy to share your memories.

Estelle Delores Zatkovich, 84, of Dobbs Ferry passed away on...

Send flowers to the Zatkovich family.