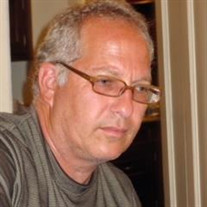 Jason Ian Roif — a loving father, devoted volunteer firefighter, versatile sportsman, crafty card and bingo player, accomplished fiduciary accountant, willing chauffeur to anyone who needed a ride anywhere and empathetic buddy to many friends — succumbed to cardiac arrest on Friday, Sept. 24, at NewYork-Presbyterian Lawrence Hospital in Bronxville. He was battling gastro-intestinal cancer. A resident of Hastings on Hudson, Jason was born in the Bronx on April 9, 1958 to Harriet and Harold “Hal” Roif. His family moved to 138-10 Franklin Ave. in Flushing when he was a toddler. He remained close to several pals from the neighborhood with whom he’d shoot hoops, play unlimited arc softball and generally raise heck. A graduate of John Bowne High School, Flushing, and Baruch College, Manhattan, Jason was a certified public accountant who loved to watch the way the numbers would eventually come together. More than anything, Jason reveled in being with his sons, Zachary, 32, and Ben, 29. He rarely missed a sporting event either played in, from neighborhood pickup whiffle ball to baseball and basketball championship games. When they were toddlers, he’d spend hours reading to Zack and Ben, or letting them run toy cars all over his body. Both Zack and Ben were with Jason throughout his final days, laughing at movies they’d seen together decades before and reliving memories of shared events, trips and people. “I had a good life,” he said near the end. Babies, the elderly and pooches also loved Jason. In fact, people would take their dogs outside the house to greet him to avoid having to clean up pee on the carpet. Jason met Brooklyn-native Sue Weinstein on the sand in Miami Beach when they were both 19 under the pretense of borrowing sunscreen. He travelled more than five hours to and from Sue’s residence when they were dating. They were married in 1981 (although Jay was more than a hour late because he was pitching in a championship softball game). For 17 years, he was comptroller and chief fiscal officer of Beanspouts, the nursery school Sue launched in Brooklyn in 1980. They remained together for more than 30 years. Jason had extraordinary hand-to-eye coordination. One of his favorite games with his boys was to take turns catching a ball while leaping into a pool. In later years, playing over-55 softball, his catcher would lay his glove on the ground and Jason would hit it (most of the time) with a perfect arc. Jason was also proficient in tennis and basketball. He golfed, too. An ardent poker player, he generally walked away victorious but let’s just say he wore a hearts straight flush on his sleeve. Jason was, in the words of a few of his friends, a “model gentleman” and a “class act” with “a big heart” and a “huge smile.” He was “chill,” “enthusiastic,” “supportive,” “joyful,” “game," “genial," “sweet,” “kind,” “caring,” “empathetic,” “generous,” “a gamer” “a mensch,” “liked by all” and “the big guy” in all the admirable ways. He was a volunteer interior attack firefighter for many years and treasurer of Riverview Manor Hose Company #3. Indeed, there were few things Jason could not accomplish when he put his mind to it. He was not, however, a dancer. Jason is also survived by his older sisters Robin and Dian and a younger brother, Russel. In lieu of flowers, please make a donation in Jason’s name to the American Cancer Society or the Riverview Manor Hose Company #3, 83 Euclid Ave., Hastings on Hudson, NY 10706.

The family of Jason Roif created this Life Tributes page to make it easy to share your memories.