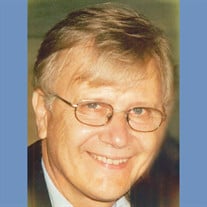 John Anthony Wazeter, 80, a longtime resident of Hastings-on-Hudson passed away on January 15, 2021. John graduated from Manlius Military Academy and Fordham University with a BA and a Masters degree. He traveled the world during his college vacations as a member of the National Maritime Union. He then studied for 4 years at the Sorbonne in Paris, passing the oral exams for his Doctorate at "Sciences Po" (formally known as The Paris Institute of Political Studies). He then was recruited to be the first Dean of Students at the American College of Monaco which had been founded by Princess Grace, who took an active interest in its operations. From there, John was recruited to be Dean of Students at the University of Ottawa, and then returned to New York as an Executive Recruiter. There he met Miriam, the love of his life. Inspired by a course he took at Parsons School of Design, John's photographs became art. He became a sought-after teacher and nature tour leader at the Bronx Botanical Gardens. He served for 4 years as president of the New York City Sierra Club Photography Group. The son of a piano teacher, he returned to playing the piano in his retirement, playing Chopin, Brahms, Scriabin and classic show tunes up until the day before his death. He also sang with the choir at Saint Mathew's church in Hastings. In addition to his wife Miriam, he is survived by his sister, Maria Wazeter Robinson. John will also be greatly missed by Miriam's daughter, Tanya Joel, her husband Andrew Hackel and their daughter, Rebecca. In lieu of flowers, memorial contributions may be made in John's name to Bronx Botanical Garden Visiting will be held on Tuesday, January 19, 2021 from 3:00pm to 5:00pm at the Edwards-Dowdle Funeral Home, 64 Ashford Ave, Dobbs Ferry. Graveside service will be held on Wednesday, January 20, 2021 at 1:00pm at Mt Olivet Cemetery, 612 Mt Olivet Rd, Wyoming, PA 18644.

John Anthony Wazeter, 80, a longtime resident of Hastings-on-Hudson passed away on January 15, 2021. John graduated from Manlius Military Academy and Fordham University with a BA and a Masters degree. He traveled the world during his college... View Obituary & Service Information

The family of John Anthony Wazeter created this Life Tributes page to make it easy to share your memories.