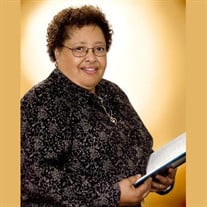 Katherine A. Kelly, 80, of White Plains passed away on November 27, 2021. Born on the campus of Hampton University, she was the second daughter of the late Mahlon T. and Ruby H. Puryear. While her parents advanced their professional careers, they lived in New Jersey, Arkansas, Georgia, and finally New York. Katherine kept all her parents’ teachings close to her heart but always remembered they stressed the importance of obtaining an education. During her college years, Katherine became a member of Alpha Kappa Alpha Sorority, Inc., Delta Eta Chapter, in March of 1963. She was attracted to the sorority because of its main theme, service to all mankind. Katherine did her parents proud and graduated Magna cum laude from Florida Memorial College and Magna cum laude from Columbia University. Throughout all her professional life, that main theme of service to all of mankind was Katherine’s guiding principle. The field she chose for her service was education. During her 37-year career, she served as a teacher of general and special education, as an assistant principal of administration, and finally as a high school principal. The highlight of her career was the founding and becoming the principal of one of the first small theme-based high schools in the city. Katherine’s school was Bronx Leadership Academy High School. The school opened in September of 1990 and its theme was leadership. She chose the study of law as her vehicle to teach the skills necessary to become a successful leader. All their classes, in the two-year major, were taught by juris doctors. Katherine was very proud to say that during her tenure as principal the school was rated as one of the top twenty high schools by the New York City Board of Education. She retired as Principal Emerita in September 2002. Katherine is survived by her loving husband of 40 years, Frederick W. Kelly, retired music teacher and photographer, step-daughter Stefanie Kelly and granddaughter Nashira Kelly Browne; sister, Dr. Ruby P. Hearn, Senior Vice President Emerita, Robert Wood Johnson Foundation; brother-in-law Dr. Robert W. Hearn, retired Political Scientist [Provost of Johns Hopkins University]; niece and nephew-in-law Janna and Jeff Gray; niece Jennifer Hinkle, and great niece and great nephew Valerie and Harry Hinkle. She is also survived by her extended family, which includes many cousins and their children. Memorial Service will be held at 3:00pm on Sunday, December 12, 2021 at the Edwards-Dowdle Funeral Home, Dobbs Ferry. In lieu of flowers, please send contributions to: Ivy Enrichment Fund P O Box 2044 White Plains, NY 10602 Scholarship Fund

Katherine A. Kelly, 80, of White Plains passed away on November 27, 2021. Born on the campus of Hampton University, she was the second daughter of the late Mahlon T. and Ruby H. Puryear. While her parents advanced their professional careers,... View Obituary & Service Information

The family of Katherine A. Kelly created this Life Tributes page to make it easy to share your memories.

Katherine A. Kelly, 80, of White Plains passed away on November...