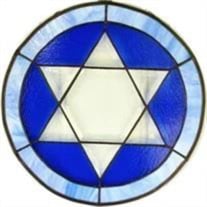 GRALLA, Lawrence, passed away comfortably in his sleep on April 29, 2022. He was a beloved husband, father, grandfather, uncle and friend; a trade magazine pioneer and cherished boss; and a generous philanthropist. He was 91. A longtime resident of Hartsdale, N.Y., Larry was born in 1930 in the Bronx, and raised in an apartment above his family’s business, Meyer’s Bakery, in Williamsburg, Brooklyn, as the youngest of three sons of Jewish immigrants from Poland. He is a graduate of Stuyvesant High School and City College of New York (1951), an educational path that he later sought to enable for many others. As a college journalist, he covered City College’s basketball team’s historic rise and fall, from national champions to scandalous ruin, and was an on- and off-camera resource for an HBO Sports documentary on the team. Larry became a sports stringer for The New York Times, later established a news service, Nationwide Trade News, but found his greatest journalistic success in establishing a trade magazine company with one of his brothers, Milton Gralla. The enterprise became Gralla Publications, which grew to include 19 magazines and a national trade-show division, and became a launching pad for many New York-area journalists, and a nurturing home for hundreds of longtime employees. It was sold in 1983 to United Newspapers, an international publishing firm. Larry was the recipient of a Government Israel Special Trade award in 1980, and the Townsend Harris medal from City College of New York in 2002. He was named to the Communications Alumni Hall of Fame C.C.N.Y., in 2000; was given a doctorate in Humane Letters in 2007; and received City College’s distinguished partner in education award in 2011. He was also a past president of Woodlands Community Temple, White Plains, N.Y. He and his wife, Yvette, who met at City College, were also philanthropic pioneers, establishing the Stuyvesant-CCNY Scholarship Project which offers high-achieving students free tuition and/or generous stipends. The program later expanded to include other high schools under the New Era Scholarship, also founded by Larry and Yvette, in May 2009. They also devoted many resources to another lifelong passion project, preserving the Adirondacks, where he spent parts of more than 70-plus consecutive years, first by himself and many decades more with his family, in Lake George. He is survived by Yvette; his daughters, Adele Tomasetti and Heidi Gralla; and six grandchildren. Services will be held at 11:30 a.m. on Tuesday, May 3, at Woodlands Community Temple, 50 Worthington Rd., White Plains, N.Y. Shiva will take place at the home of Adele and Dan Tomasetti, 15 Ox Ridge Road, Elmsford, N.Y., on Wednesday and Thursday, between 1 p.m. and 4 p.m., and from 7 p.m. to 9 p.m. Tzedakah donations in memory of Larry Gralla can be made to The Woodlands Community Temple Chai Fund, or to The Lake George Land Conservancy, P.O. Box 1250, Bolton Landing, New York, 12814.

GRALLA, Lawrence, passed away comfortably in his sleep on April 29, 2022. He was a beloved husband, father, grandfather, uncle and friend; a trade magazine pioneer and cherished boss; and a generous philanthropist. He was 91. A longtime resident... View Obituary & Service Information

The family of Lawrence Gralla created this Life Tributes page to make it easy to share your memories.

GRALLA, Lawrence, passed away comfortably in his sleep on April...