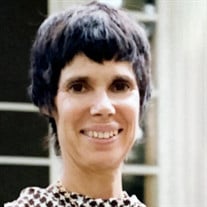 MARY JANE D’ARRIGO 1926 - 2022 “A Most Unforgettable Woman” Mary Jane D’Arrigo, of Irvington, New York, passed away peacefully at the age of 95 while vacationing in her “beloved Boca” Raton, Florida. She is predeceased by her parents, LeGrand and Agnes (Stapelton) VandeWater; sister, Ann VandeWater; brother, Peter VandeWater; daughter-in-law Dee Dee D’Arrigo; son-in-law Richard Matlow; and her late husband of 52 years, Stephen D’Arrigo of Melrose, Massachusetts. Mary Jane began her life in Flushing, New York surrounded by her mother’s large Irish family. She often told stories of her aunts, uncles and grandparents with great fondness. In 1933, at age seven, her parents moved the family to a farm near Montgomery, New York. Living on the farm, growing food and raising animals was where she developed her deep love and connection with nature. She was a proud member of the local 4-H Club; one year, coming in 1st place in the calf selection competition. She believed “the farm was the making of me.” Mary Jane was often seen working in her garden... and sometimes in other people’s gardens as well! At the age of sixteen, Mary Jane went to Cornell University and graduated in three years with a bachelor’s degree in Home Economics. She moved to NYC and began teaching women’s groups about nutrition and how to prepare and cook fresh vegetables. It was here that she met and married Steve D’Arrigo, a fresh produce wholesaler working in the Washington Street market. In January of 1953, the young D’Arrigo family moved into the home designed by Steve and Mary Jane in Irvington-on-Hudson where she lived the rest of her life. In the busy years of being a loving wife and mother to six energetic children, “divide and conquer” and “many hands make light work” were two mantras Mary Jane put into action daily. She was a positive, enthusiastic, disciplined, take-charge mother who believed in teaching her children life skills from budgeting to baking, housework to yard work. She and her husband Steve were avid Irvington sports’ fans and volunteers. Mary Jane took a keen interest in the lives of others, often writing thoughtful notes or dropping off a homemade treat. She was a dedicated walker, voracious reader of non-fiction, and a great supporter of education and the Irvington Library. She knew how blessed her life was and she lived every minute of it! Mary Jane is survived by her daughter, Patricia; sons, Andrew (Vicky), Paul (Kathleen), Daniel, Michael, Matthew (Elena); eighteen grandchildren and six great grandchildren. There will be a Remembrance of Mary Jane on Friday, July 15, 2022 from 4:00-8:00 pm; sharing memories and stories from 6:00-7:00 pm. In lieu of flowers, donations can be made to your favorite Irvington organization. A few suggestions are Irvington Library , Irvington Historical Society , Irvington EMS (volunteer ambulance), Irvington NY PTSA (grants, arts, lunches), Irvington Parcs and Recreation (parks and recreation). “We thank our friends and the Irvington community for the precious memories you have made with Mary Jane and Steve and the extended D’Arrigo family.”

The family of Mary Jane D'Arrigo created this Life Tributes page to make it easy to share your memories.