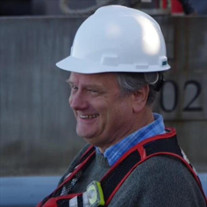 Peter George Lewit of Cornwall, NY, of land and of sea, but mostly of sea, has continued on his worldly tour into the great beyond. He left port on February 3rd, 2022, coincidentally the same day as &#8220;National Optimists Day,&#8221; &#8220;National... View Obituary & Service Information

The family of Mr. Peter George Lewit created this Life Tributes page to make it easy to share your memories.

Peter George Lewit of Cornwall, NY, of land and of sea, but mostly...

Send flowers to the Lewit family.