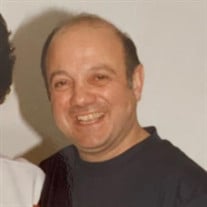 Peter P. Mignone, a longtime resident of Dobbs Ferry, passed away on August 23, 2021 at the age of 75. Peter was born June 28, 1946 in Bronxville, NY to the late Gerard and Assunta “Suzie” (Rescigno) Mignone. For over 25 years, he worked as a Master Electrician for the Town of Eastchester. Peter also volunteered at the Eastchester Fire Department, Eastchester EMS, and served as a volunteer firefighter for the Village of Dobbs Ferry Fire Department. On December 3, 1983, he married Linda Colavito at Church of the Sacred Heart in Dobbs Ferry. Peter was an avid bowler, Dallas Cowboy fan, and New York Yankee fan. He was also known to be a kind and gentle man loved by all. Peter is survived by his wife of 37 years Linda (Colavito) Mignone, his sister Joanne Rosamond and her husband George, his brother Lawrence Mignone, his sister-in-law Margaret Mignone, his brother-in-law Michael Colavito and his wife Catherine, his sister-in-law Doreen Maers and her husband Mike, as well as several nieces and nephews who adored him. Besides his parents, he was predeceased by 5 siblings, Francis “Skippy”, Concetta, Rudy, Eddie and Gerard. Memorial contributions may be made in Peter’s memory to the Parkinson’s Foundation. www.parkinsons.org At the request of the Mignone all guests are required to wear a face covering.

The family of Peter P. Mignone created this Life Tributes page to make it easy to share your memories.

Send flowers to the Mignone family.