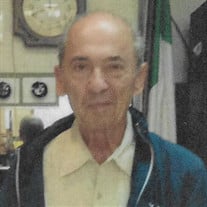 Phil Francis Scalcione was born on August 13th 1935. He is the second of three sons born to Angelina (Lena Durso) Scalcione and Frank (Francesco) Scalcione. He grew up in the South Bronx, and spent his summers in Mineola, Long Island. He stayed with his mother’s sister Aunt Rose and her husband Uncle Louie. He loved spending time with his cousins Peter and Nina. Phil graduated from Christopher Columbus High School. He remembered seeing Colin Powell being brought to school by his mother, who was a nurse. Upon graduation he went on to City College for two years and completed an Associate’s Degree. Phil was then accepted into Columbia University’s School of Engineering, he graduated in 1957. One of his most memorable moments at Columbia was shaking hands with Fidel Castro during his 1956 visit to the school. They both share the same birthday August 13th. In 1960 he landed his dream job at Grumman Aviation. He worked on the Lunar Module (LEM). The part of the Apollo spacecraft which carried the astronauts to the Moon and back to Earth. He considered his work on the LEM his proudest accomplishment in Engineering. He was proud to be a part of one of the most important events of the 20th century and of the history of mankind. The first time a human stepped on another planet. He married in 1960 and had two daughters; Thea born in 1963 and Julia born in 1964. He was a good father who loved dearly and unconditionally. He always tried his best in whatever he did. He joined the Irish Arts Center in Manhattan, and learned to play the 5 string banjo, how to step dance, speak Irish, and preform on stage as an actor. He traveled to Italy, Egypt, and cruised the Caribbean, a few times. He really enjoyed ballroom dancing, going to the Peter Cardella Senior Citizens Center in Queens, and meeting his friends at Belmont Racetrack for a cold Heineken, and to bet some horses. He visited his daughters weekly, and enjoyed being with his grandchildren; Cynthia, Francis, Christopher, and Julia. He loved taking them to Disney movies, 3D IMAX, and watching Tarzan starring Johnny Weissmuller and Maureen O’Sullivan. Phil passed December 17th 2019 during his favorite season of the year, Christmas. He loved everything about Christmas, the music, the food, and his family. It is a time of happiness, joy, and beauty all contained in a simple phrase. Merry Christmas.

Phil Francis Scalcione was born on August 13th 1935. He is the second of three sons born to Angelina (Lena Durso) Scalcione and Frank (Francesco) Scalcione. He grew up in the South Bronx, and spent his summers in Mineola, Long Island. He stayed... View Obituary & Service Information

The family of Phil Scalcione created this Life Tributes page to make it easy to share your memories.

Send flowers to the Scalcione family.