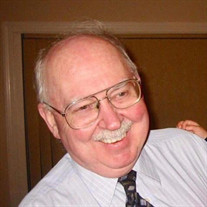 Philip Maury Maley, 78, of Irvington, New York, died August 23, 2019 after a long illness. He was born October 31, 1940 in Rochester, New York, the son of the late Helen Maury Maley and Stephen Vincent Maley. Philip attended University of Rochester and graduated from Stanford Law School in 1964, where he edited the Law Review. He married Suzanne Grace Stearns on December 17, 1965 in New York City. He served in the U.S. Army Reserve in the 1960s and 70s. He became a successful attorney specializing in trust, estate and tax law, and for the past thirty years he served his clients as a sole practitioner. He also served as Irvington Town Justice part-time for nine years. He volunteered extensively in his community, serving on the Irvington School Board, the Abbott House School Board, Kiwanis, and as soccer coach and referee. His clients, friends and family knew they could call him any time, day or night, for legal advice, help, a joke, or to discuss politics. Philip had a life-long passion for learning languages and advocated tirelessly for enhancing the language program in Irvington Schools. In the last twenty years of his life, he learned French and Greek. He loved to sail, fish and cook. He undertook any and all home improvement projects with great enthusiasm. He dedicated years to compiling his family history, preserving the identities and stories of his ancestors. He traveled to Belgium and sites across the U.S. to do his research and meet distant relatives. Also an avid gardener, he cultivated beautiful roses and bountiful vegetable gardens every year, continuing even when he became very ill. He is survived by his three brothers, Stephen Maley, Alfred Maley, and James Maley, his wife, Suzanne Maley, his children, Sarah Edell, Matthew Maley and Stephen Maley, one son-in-law, Gabriel Edell, one daughter-in-law, Donna Lee, five grandchildren, Lucas Maley, Benett Maley, Hyacinth Edell, Autumn Maley and Levon Edell, and many nieces and nephews. A mass will be held on Friday, August 30th at 10:00 a.m. at the Immaculate Conception Church in Irvington, with an interment and lunch reception to follow at Irvington Presbyterian Church. Donations in his name may be made to the Irvington Volunteer Ambulance Corps., P.O. Box 101, Irvington, NY 10533.

The family of Philip Maury Maley created this Life Tributes page to make it easy to share your memories.

Send flowers to the Maley family.