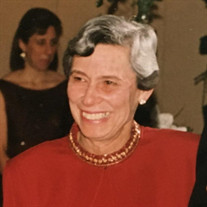 Longtime Hastings-on-Hudson resident Phyllis Frankel passed away on July 14, 2021, at the age of 87. Phyllis was born in Brooklyn to parents Sylvia (Schnall) and Bernard Sanders and grew up in Peekskill and Mt. Vernon, NY. She earned a BS in education at Buffalo State Teacher’s College and an MA, also in education, from Hunter College. She was an elementary school teacher in Hawthorne, NY, before marrying Benjamin Frankel. While raising three daughters, Phyllis was a community volunteer with the Hastings public schools, the League of Women Voters, the UJA/Federation Annual Appeals, and at her beloved second home, Temple Beth Shalom, where she served as the first female president of the synagogue. As her daughters left the nest, Phyllis returned to Hunter College for an MS in speech pathology, and enjoyed a fruitful third career as a speech pathologist at the Federation Employment & Guidance Services (FEGS) Treatment Center in the Bronx, where she worked with adults with mental disabilities and was a valued and trusted colleague. She was also a longtime member of the Literature Club of Hastings-on-Hudson, a walking encyclopedia on American history, and a devoted participant in the Temple Beth Shalom Torah study class. Phyllis was the matriarch of her immediate and extended family, beginning with stepping up as a substitute parent to her youngest sister, Fran. While their mother was working in the family’s stationery store in Mt. Vernon, Fran remembers Phyllis attending her school open houses and being among the sea of smiling faces at her glee club concerts. After Phyllis and Ben married, their home served as a gathering place for generations of family. She and Ben were proud to host Passover Seders, an annual family Chanukah party, Yom Kippur Break Fasts, and countless Postrel Family Circle meetings. Phyllis supported her husband Ben throughout his long, legal career at Kelly Drye. She dealt patiently, selflessly, and carefully with the stresses he brought home, enabling Ben’s real estate practice to thrive. She lost Ben just over a year ago, after celebrating their 61st wedding anniversary. Together, they enjoyed travelling, visiting their children and grandchildren, attending the symphony and opera, and many many walks, often on the Aqueduct, in the Berkshires, and in later years simply up and down Euclid Avenue. Phyllis is survived by her sisters Laurel Sanders and Fran McKinley; her children, Faith (Howard) Levy, Rachel Frankel, and Eleanor/Elly Frankel (Tom Frank); and grandchildren Abraham (Jenna), Ethan, and Joseph (Anna Vivian) Levy; Emanuel and Jonah Anastos; and Jeremy and Sylvia Frank. In lieu of flowers, please consider a donation to Temple Beth Shalom directed to the Rabbi’s Fund or to Planned Parenthood, either a local chapter or the national organization. A private memorial service will be held at Temple Beth Shalom on Tuesday, July 21 at 2:00 pm and via livestream from the Temple Beth Shalom website: https://www.tbshastings.org/services-streaming

Longtime Hastings-on-Hudson resident Phyllis Frankel passed away on July 14, 2021, at the age of 87. Phyllis was born in Brooklyn to parents Sylvia (Schnall) and Bernard Sanders and grew up in Peekskill and Mt. Vernon, NY. She earned a BS in... View Obituary & Service Information

The family of Phyllis Frankel created this Life Tributes page to make it easy to share your memories.