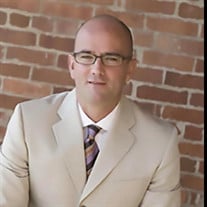 Sean Robert Brewer died November 13, 2020 in his home in Dobbs Ferry, New York. Born on December 13, 1966 in New Brunswick, New Jersey, Sean spent his youth in Pompton Lakes while his father was in the Air Force. Sean graduated from Rutgers College in 1990 and its Law School in 1995. His perseverance and athletic ability gained him a spot on the Rutgers Varsity Lightweight team and he subsequently became a five-time marathon runner. Sean also possessed a deep love of travel and the natural world - backpacking through Europe in college, spending two summers working in Alaska, and climbing Machu Picchu. Professionally, Sean was a prosecutor with the Manhattan District Attorney’s office for eight years. He went on to pursue a career in financial crimes compliance where he served as a managing director at Goldman Sachs, and then, more recently, MUFG Union Bank. Sean and his wife Claudia Krugovoy wed in September 2007. After their first child Henry was born, the family moved to Switzerland, where their second child, Aubrey was born. A loving husband and doting father, Sean enjoyed nothing more than spending time with his family, coaching his son’s baseball and basketball teams, and delighted in watching his daughter’s dance performances. He is survived by Claudia, son Henry (age 11), and daughter Aubrey (age 8); mother Corinne Brewer, and siblings George Brewer (Bridget), Andrew Brewer (Patricia), Christine Burt (William), Corinne Friske (Jason), Ana DeLosSantos, and nieces and nephews Emily and Aidan Brewer, Aaron, Hayden and Ethan Burt and Madeleine and Darwin Friske; mother-in-law Christel Krugovoy, brother-in-law Andrew Silver, and nephew Noah Silver. He is also survived by a life-long group of adoring friends. In lieu of flowers the family asks that memorial donations may be made to the American Brain Tumor Association https://www.abta.org/ or Alex’s Lemonade Stand Foundation http://www.alexslemonade.org/ At the request of the family due to the COVID PANDEMIC, please refrain from hugging or handshaking during the visitation. A simple nod or hand over your heart would be sufficient.

The family of Sean Robert Brewer created this Life Tributes page to make it easy to share your memories.