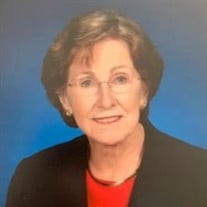 On June 7, 2021, we lost our beautiful mother, Valerie Barbara (Smith) Stimpson just shy of her 92nd birthday. She passed away peacefully at home. Mom had a vast wealth of professional and personal experiences throughout her full, well-lived life. She was born in New York City on June 18th, 1929. She graduated as Valedictorian from the Washington Academy in Machias, Maine, and later earned her Bachelor’s degree from the University of Maine at Orono in 1951. In addition to having lived in Maine, she also lived in Pennsylvania and Minnesota, ultimately settling in Irvington, New York. Early on, she supported and lovingly cared for her husband and 3 young children. No matter what the situation, she had the patience of a saint and our family always felt her unconditional love. While living briefly in Minnesota, Val and John bought the family a very special Golden Retriever puppy, whom the family named Colonel. Mom’s lifelong love of animals really shone through with Colonel’s arrival, and she would spend countless nights comforting the pup on her lap as he adjusted to his new home. Over the years, the two of them became inseparable. What most people will think of as they remember our mom is the poise and grace that she radiated in everything that she did. She was the consummate hostess and everyone that walked through her front door – whether John’s business associates or our friends – was met with a warm, friendly smile and a graciousness and ease that truly came to define her. She carried herself with class and elegance in all facets of her life. After raising her children, she did volunteer work, worked part-time and eventually went back to school to become a paralegal. Upon completion of her training, she was employed by global law firm Shearman and Sterling in NYC for over 10 years. It was wonderful to see her flourish and expand her horizons. She loved learning and so enjoyed her career. She was also very well-read and was normally surrounded by a multitude of books on various subjects. She also loved to work on challenging crossword puzzles, easily able to complete even the most difficult ones from the Sunday New York Times. She also enjoyed traveling, and loved the trips she and her husband (sometimes joined by their closest friends) would take overseas. Giving back to her community and donating to causes/charities that were close to her heart were very important to her. She was a frequent and generous donor, yet another reflection of her selfless spirit. What gave her the most joy in her later years was the arrival of her three grandsons. Valerie was preceded in death by her parents, her husband John H. Stimpson, a sister-in-law and two brothers-in-law. She is survived by her children Kevin Stimpson and wife Tina of Darien, CT; Karen Stimpson and fiancé Len Corcoran of Poughkeepsie, New York; Kimberly Fisher and husband Mark of Edmond, OK. She leaves behind 3 grandchildren: Johnathan Stimpson, Tyler Stimpson and Alex Fisher. Other survivors include her sister Sandra Davis of Branson, Missouri and Cutler, Maine and seven nieces and nephews. We would like to give a very special thank-you to mom’s in-home caregivers during the last 7 years of her life. Their care and compassion are most sincerely and genuinely appreciated. In keeping with mom’s generous spirit, in lieu of flowers, please make a donation to a charity of your choice. A memorial service will be held at a later time. Kevin, Karen and Kim

On June 7, 2021, we lost our beautiful mother, Valerie Barbara (Smith) Stimpson just shy of her 92nd birthday. She passed away peacefully at home. Mom had a vast wealth of professional and personal experiences throughout her full, well-lived... View Obituary & Service Information

The family of Valerie Barbara (Smith) Stimpson created this Life Tributes page to make it easy to share your memories.

Send flowers to the Stimpson family.