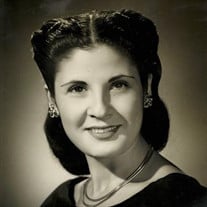 Vanda Ficalora of Irvington, New York, wife of Anthony Ficalora, passed away peacefully at home on February 4th, 2021. Vanda was born on February 10th, 1927 in New York City. While on a family visit to Italy, World War II erupted, preventing Vanda, her sister and brother from returning to the United States. Vanda spent a college semester in Italy, and when the Americans invaded Sicily, she and her cousins moved to a remote area outside of Palermo. After the war, Vanda and her siblings returned on one of the first ships back to the United States, where they were reunited with their parents in New York City. Soon after she started working at First National City Bank, Vanda met Anthony and they were married in 1949 at Saint Patrick’s Cathedral. After giving birth to their sons, the family moved to Irvington, NY in 1965. Vanda was active as a golfer and curler at the Ardsley Country Club, and she excelled in cooking and baking to the enjoyment of family and friends. Vanda was predeceased by her son, Michael. She is survived by her husband of 72 years, sons, Paul and John (Kathy); five grandchildren, Anthony (Alana), Alicia, Christopher, Lauren (Lou) and Gianna; and two great grandchildren, Mikayla and Sebastien. In lieu of flowers, donations can be made to the Hemophilia Association of New York https://www.nyhemophilia.org. Services will be held privately at the Irvington Immaculate Conception Church.

The family of Vanda Ficalora created this Life Tributes page to make it easy to share your memories.