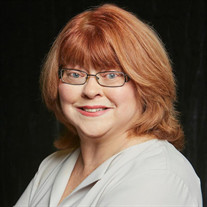 BYRNE – Virginia M. Virginia (Ginny) Byrne, age 62, passed away peacefully on April 23, 2020 in New York, the city that she loved. Cause of death was complications of lung cancer. Ironically, Ginny never smoked. Ginny was born in Manhattan on May 30, 1957 and was raised in the Highbridge and Riverdale sections of the Bronx. She graduated from Cardinal Spellman High School in 1975 and worked for Standard Brands in New York while attending and ultimately graduating from New York University in 1982. Desiring to be a journalist, as well as a seeker of truth, she became a reporter, and later a broadcast editor for The Associated Press (AP) in New York. In opening the “Police Beat” at 1 Police Plaza for the AP, Ginny covered the drug wars on the streets of New York in the 1980’s and 90’s. Several of the many stories she covered were the shooting of NYPD Officer Steven McDonald; the racially charged death of Michael Griffith in Howard Beach in 1986, the Central Park Jogger case in 1989 and the Happy Land social club fire in 1990. While working for the AP, Ginny served in various positions for the Communications Workers of America-News Media Guild. In addition, she served as an officer and as president of the Newswomen’s Club of New York. One of her last stories for the AP was reporting on the 2010 death of Lt. Colonel Lee Archer, one of the last remaining Tuskegee airmen. She befriended many people in government, journalism and news media during her 28 year career; her wit, humor and intelligence made difficult days bearable for many. After leaving the AP, Ginny did consulting and volunteer work for the NYC St. Patrick’s Day Parade and for the National Tartan Day New York City Parade. Ginny was devoted to her immediate family and sought the best of medical and physical care for them, regardless of the circumstances. After being diagnosed with ALK+ Non Small Cell Lung Cancer (NSCLC) in 2016, Ginny became a tireless advocate for research into this particular cancer, which primarily strikes healthy, active women under the age of 50. She also lobbied for the destigmatization of lung cancer, traditionally seen as a “smoker’s disease” as increasing numbers of nonsmoking adults, primarily women, are diagnosed. She participated with two advocacy groups, ALK Positive and ALK Fusion, to focus awareness and support for those with this disease. Ginny was predeceased by her mother, Mary C. Doody, her father, James M. Byrne and her first husband, Pulitzer Prize winning reporter Joseph Queen. Ginny is survived by her loving husband, Reilly J. Dundon, and their son, Alexander S. Dundon, to whom she became a fantastic Mom; her Aunt Rita Denault, Aunt Terri and Uncle Bob Dowdy, numerous cousins and mourned by many friends and former coworkers. Interment will be private. After the lifting of assembly restrictions due to the COVID pandemic, there will be a celebration of her life. It is requested that donations be made in her name to Massachusetts General Hospital’s Be A Part of The Solution Fund, which benefits lung cancer research. May her memory be a blessing and may she rest in peace.

The family of Virginia M. Byrne created this Life Tributes page to make it easy to share your memories.